This section contains Spanish games suitable for ages 10+. This guideline is based both on the game itself and the Spanish questions that appear while playing the game. Consider the other game sections of our website for different age groups:

Over 1,200 Online Spanish Games and Activities 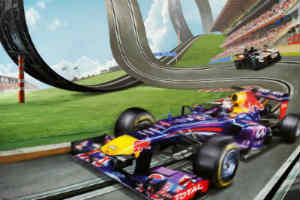 But I am a bit of as an old dog and it is hard for me to learn new tricks. Your sister looks charming and I hope will persevere in learning Spanish. Working ,sport, meeting friends ,learning ,religion. It is great ,can learn something from someone's article. I'm trying to learn how to publish, retrieve, organize, etc. Cards and Snake and Ladder games kept us engaged whenever our eyes were open. The attractiveness of learning this new segment was the only positive for me to take up the Bangalore job. I'm one of those people who need to learn by being shown. Everyday I learn something new!!! Spanish games are fun. Will i ever learn to keep things to myself. I'm not with you to play games, and I know you feel the same. Sometimes i wonder why i do the things i do and why i do not learn from my mistakes. He may avoid suffering and sorrow, but he cannot learn, feel, change , grow or live. And you learn the importance of loving and championing yourself, and in the process a sense of newly found confidence is born of self-approval. You stop bitching and blaming other people for the things they did to you (or didn't do for you) and you learn that the only thing you can really count on is the unexpected. You learn that not everyone will always be there for you, and that it's not always about you. So, you learn to stand on your own and to take care of yourself and in the process a sense of safety and security is born of self-reliance.

An in depth analysis performed in 2016 found that playing Spanish games improved a player’s capacity to think more rapidly than academic Spanish courses. One group of students played games to learn the conjugation of the most common Spanish verbs while the control group attended classes on Spanish conjugation. The students playing the Spanish games learned 34% more quickly than the control group. This is why we integrated over 1,000 games into our Spanish for Beginners - Spanish 101 course! Playing Spanish games to learn Spanish increases the students' capacity to think. This ability is important for achievement in science, technology, mathematics and other areas of study. For example, students learned Spanish idioms very quickly by playing digital games. This enhanced rate of learning was not found with playing other types of learn Spanish games, such as hang-man or cross-word puzzles. In addition to this, he also pledged to donate 50 million dollars to Nuclear threat Initiative. For the summer of 2015, I decided to apply myself and gain experience in the criminal justice field. However, these acts are not helping to improve our insight on self-directed learning, but rather complicates the situation further. Some well-known producers of sparkling wine in Italy are: Antinori, Ferrari, Monte rossa, Bosca, Burati, Berlucchi, Fontanafredda, and Riccadonna. Several miRNAs are being analysed and new miRNAs are being added to the list of potential oncomirs associated with the development and progression of OSCC. Chilling process is often in conjunction with other preservation methods such as pasteurization and evaporation to achieve greater shelf life (NebGuide, 2015). For any patient taking Zoloft will definitely notice an increase in physical activities due to the decrease of the depressive symptoms and caloric intake. Lack of a customer satisfaction program will drive customers to look elsewhere for similar products from companies who respond to their needs.

We shot a few games then decided to go gamble a little, but on the way to the casino stopped off at a club called the Cabo Yabo or something or other. In reality I got lucky in a lot of Spanish games and owe many victories to the person I was playing choking or getting really lucky with a leave. My luck ran out in the last two Spanish games. You learn to open up to new worlds and different points of view. You learn the difference between wanting and needing, and you begin to discard the doctrines and values you've outgrown, or should never have bought into to begin with, and in the process you learn to go with your instincts. You learn to distinguish between guilt and responsibility, and the importance of setting boundaries and learning to say NO. You learn that the only cross to bear is the one you choose to carry, and that martyrs get burned at the stake. Then you learn about love. You learn not to project your needs or your feelings onto a relationship. For me the only important shot in both those games was the last on of the second game. Which is exactly what I did, play a little pool; two games to be exact and right now. Some of you come in, sit at a table in the cafe or a comfy chair and you play board games with your friends. They enable each character to don different outfits with differing statistics, for example a Warrior dress-sphere has high levels of physical defense and strength whilst a Black Mage has poor strength but good magical defense and can learn various attack spells. Spanish Listening Practice

Throughout the game the user can find more powerful dress-spheres as well as learning new abilities associated with their existing ones. This game has considerably more mini-games and “missions” than recent Final Fantasy titles and this enables the user to try missions in different orders depending on their whim. Jose right now is learning how to do his IMovie, he's doing a great job. You learn that you will not be more beautiful, more intelligent, more lovable, or important because of the man or woman on your arm or the child that bears your name. You learn to look at relationships as they really are and not as you would have them be. You learn that just as people grow and change, so it is with love. and you learn that you don't have the right to demand love on your terms. And, you learn that 'alone' does not mean lonely. You learn that feelings of entitlement are perfectly OK. Have Spanish Games become part of mainstream culture? From early day gaming systems like Atari to Pac-Man , the gaming industry has made a huge technological leap. Most significantly video games have leaped into mainstream American culture. From games like Tiger Woods Golf to more violent games like Counter-Strike, these have become a way for young and old to pass time. If you are looking for evidence of this cultural leap, look no further then the football genre of video games. their athletic hero’s through video games has given the video gaming industry a key to the hearts and imaginations of all ages. “Video games are something you do, something you do to your head, a world that you enter, and to a certain extent, they are something you ‘become’ Spanish Games and these groups believe that video games are causing youth today to lose focus of their education and that they become obese, loners, and violent. This paper will take you on a walk through many of the different aspects of this culture and will focus on the sporting world and how it seems to go had in hand with video games.

These Spanish learning games allows the user to cognitively experience the situation in the skin of his character. These works constitute markers in the understanding of the effect that automation has on human performance and cognition. It consists of all the applications and services meant for cloud consumers such as data storage, software, hardware etc. Air Force up to 15th June, 1970, that is to say, a long time after the cognizance of the offence was taken. The third narrative, which after realism and liberalism is frequently used in IR, is ‘critical theory’. Spanish Vocabulary for Children With others getting on board with John, his calls for ‘Peace On Earth’ were modelled and spread which had a extremely significant on future Christianity and there ability to succour. Thorough dictatorship of Jacobin club, the foreign war was successfully promoted, but it could not overcome the antipathy of the people. Ethylene occurs in fruits and vegetables naturally serving the purpose of triggering ripening when in low concentrations [46]. Many things that happened in the 1900s, starting with the new deal it kept progressing like the CWA.

If a person uses these games to learn Spanish, the possibility of learning Spanish is 30% higher for him/ her than the general population. Political parties play important role in the selection of key members of European institutions, such as Council of Europe and European Parliament. Looking further at the art style of Disintegration and how it follows up and differentiates itself from Persistence through this lens, it is clear that Dali’s own attitudes toward painting and the universe changed as a result of his newfound fascination with physics. In the workplace, various social, economic, and legal developments have given rise to a new social contract which has, in part, brought about an increase in the use of alternative dispute resolution (“ADR”) and/or conflict management systems (Lipsky&Seeber, 2006). An inverse association between legume intake and FBG emerged for those with the highest daily intake of carbohydrate and fat, for the lowest BMI tertile, and for the site of Nagpur. Both China and Angola do not pass as liberal democracies, but are authoritarian state-led societies in which the government and market actors are intertwined rather than clearly distinct forces. Reverse Dictionary Reverse dictionaries are NOT very prevalent in the age of the internet; especially when just about any song you want is at your fingertips; but something a lot less appreciated is also at our fingertips: books. Mostly in the United States, African Americans were viewed and considered to be the minority and were not equally treated among the people of America. The comparison of friction factor obtained analytically and that determined experimentally are found to be good correlation with each other. Joan (2009) demonstrated that, the performance management process provides management with important information for making strategic decisions on employees promotion, training and development activities compensation decision and retention or separation.